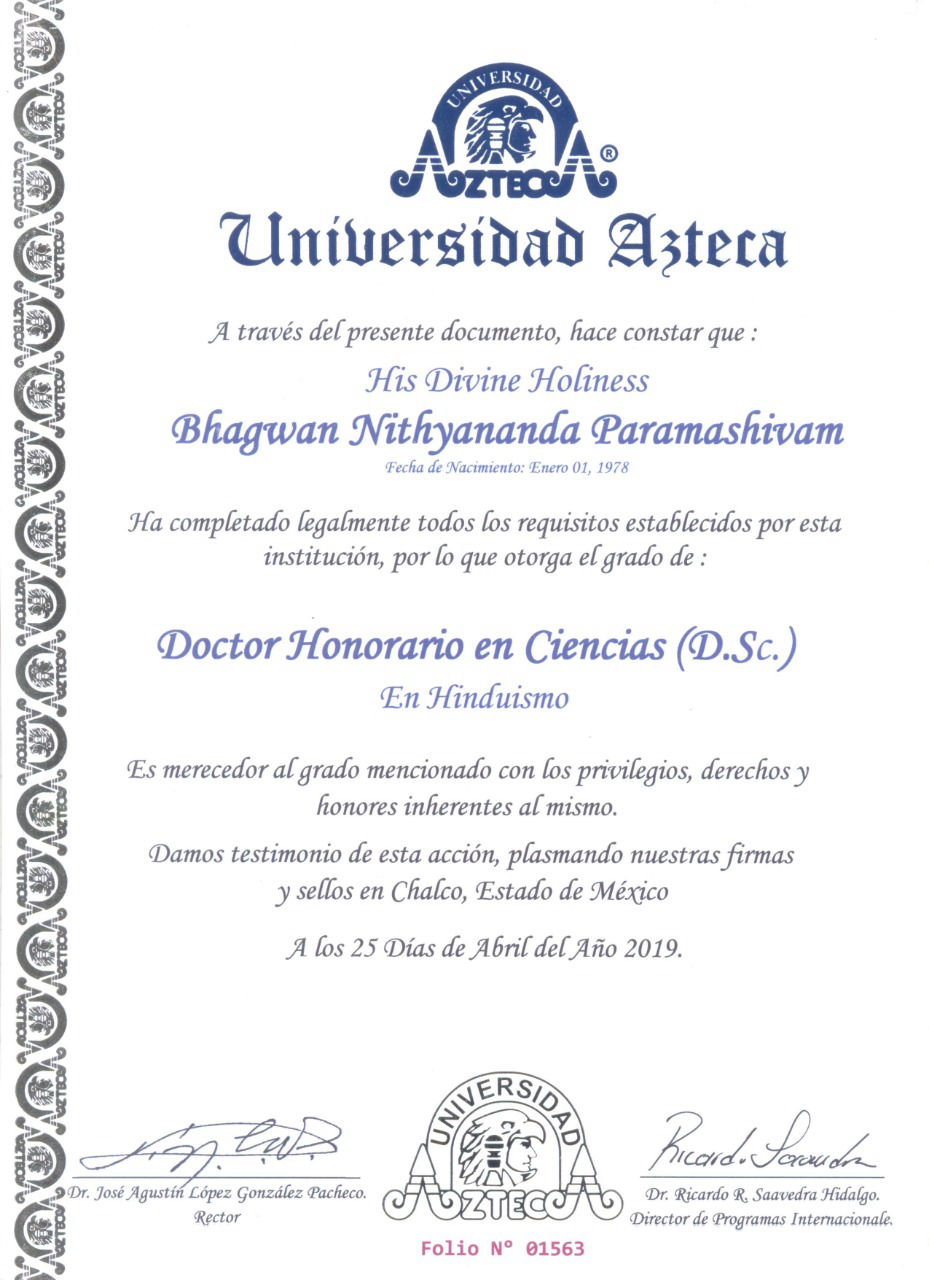 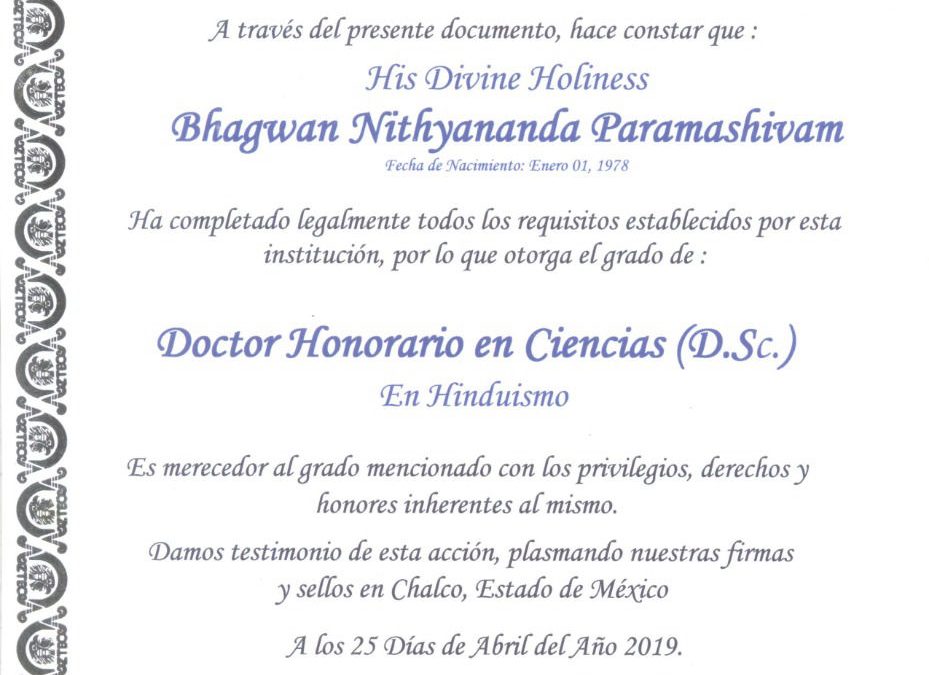 On 25 April 2019, The Azteca University in Mexico recognized the tremendous scientific contribution made by The SPH Bhagavan Sri Nithyananda Paramashivam in the field of Superconsciousness and awarded Him an Honorary Doctorate in the Sciences for this work. “His work in establishing the possibilities and powers of superconscious breakthrough and scientifically demonstrating, validating and explaining its working has started a new era for humanity and for science,” they said.

This work by The SPH spanning more than two decades of tireless and meticulous research has taken the western world by storm – especially the high-end researchers dedicated to the bleeding edge in Science such as Quantum Mechanics, Synthetic Biology etc. The Azteca University is the second one in recent months recognizing this breakthrough. Earlier, in May last year, the Commonwealth University had awarded him an Honorary Doctorate for his leadership, vision and contributions to society.

The SPH has established two research institutes – Sarvajnapeeta (sarvajnapeeta.org) and the Nithyananda University (nithyanandauniversity.org) to investigate into these (so called) mystic sciences such as mind over matter, extra sensory perception, telepathy and materialization. Apart from this he has rediscovered the science behind many advanced technologies described in the ancient Hindu texts, the Vedas and the Agamas, such as anti-gravity, non-depleting batteries, human cloning etc. and is working to make these into a reality usable by mankind.

Students of The SPH have traveled around the globe demonstrating these capabilities to researchers and leaders creating awe and inspiration amongst the thought leaders of the world. The Azteca University’s recognition is only the start of what is going to be an explosion point in the scientific world and the beginning of a new world where the significance of the superconsciousness is studied, understood and utilized in day-to-day living by everyone.

The Universidad Azteca in Chalco, Mexico (universidadazteca.edu.mx) is an internationally acclaimed premier institution with more than 15,000 students and eight campuses all around the country apart from a large online presence. It is recognized internationally and by the Federal Government of Mexico as providing the highest quality education and award graduate and postgraduate university degrees. Below is the Honorary certificate that was awarded to The SPH (in Spanish followed by the same certificate in English: